A couple of things - maybe a little off the wall…


I hit 614,820 on Bejeweled. This is, obviously, a milestone event in my life. Right up there with my 100,000 game on Tetris.
Bejeweled is a battery hog. Current iPhone/iPod Touches seem to have about half as long a battery life as the first iPod Touch I used. Anyway, it complicated my 600,000+ game on Bejeweled. I had to stop at around 300,000 and recharge my iPod Touch. Fortunately, Bejeweled lets you do that. And I went on to the glorious, unknown heights of 600,000+...
Okay, so now you know what I did yesterday when it was snowing.
Gaming tips for Bejeweled:
All joking aside, I am glad iOS devices weren’t developed until after I retired. I never would have got anything done - supporting networks with one homogenous operating system and consistent applications is hard enough. It would be impossible to control what people downloaded on their iOS devices. Particularly the people that hired me. Trying to support hundreds of different apps and upgrades would have been living hell.
And, eventually, software for iOS devices will be able to pass malware from them to other computers on the network. Talk about a nightmare.
And I would have wasted my time playing with them.  I am a big procrastinator. Huge. iOS devices are a time sink. Even if you don’t use FaceBook on them.
Posted by MTgunfighter at 12:50 PM 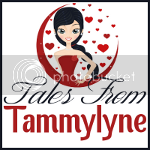